1-Sentence-Summary: The Art Of Seduction is a template for persuading anyone, whether it’s a business contact, a political adversary, or a love interest, to act in your best interest. 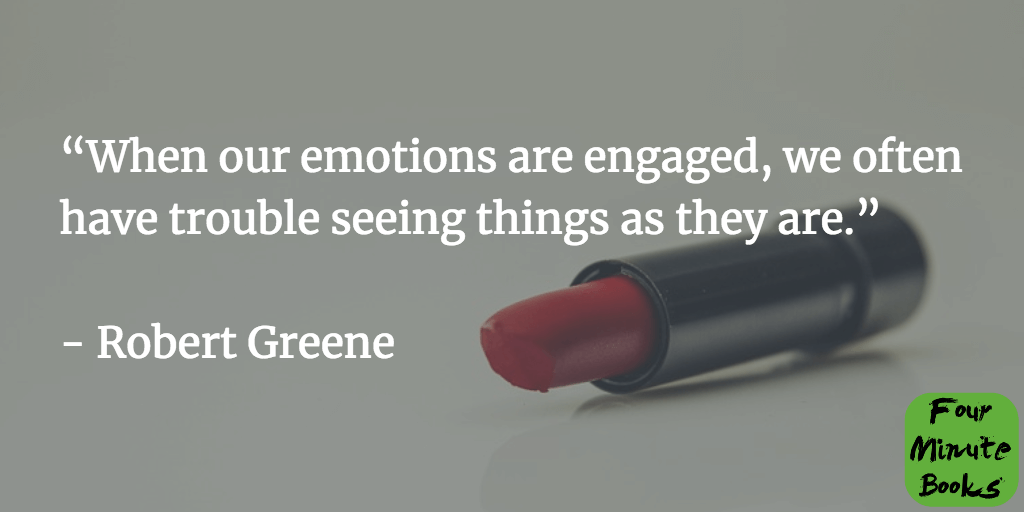 “Because I wrote The 48 Laws of Power, people assume that I’m this manipulative, Machiavellian a**hole, who goes around trying to get the better of people. That I know every trick in the book, that if I’m late for a meeting, I’m doing that on purpose. Actually, I’m a really nice person. I’m kind of a puppy.”

Until I watched an interview with Robert Greene for the release of his latest book, The Laws of Human Nature, I honestly thought the same. After seeing him generously share his ideas and do everything he can for his fans despite severe health problems, however, I changed my uninformed opinion.

Let’s see how much of that we can extract in 3 lessons:

Who you want to seduce and for what reason is not something anyone can determine for you. The only thing this book can help you with is determining how to do it. Let’s go!

The Art Of Seduction Summary

Lesson 1: The number one way to be seductive is to be unpredictable.

Humans are pattern-seeking machines. Analyzing everything is one of our biggest strengths, which is also why it’s the skill we most love to exercise. However, that also means as soon as we figure something out, it’s boring. In movies as in life, flat, one-dimensional characters don’t interest us. They can’t hold our attention for long.

As a corollary, the single most seductive thing you can do is to stay interesting by being unpredictable. There’s an aura of mystery, paradox, and intrigue around someone who’s hard to understand. That doesn’t mean you should create artificial complexity, but break patterns.

If you’re usually shy, play around with flirty looks or seek the occasional environment where you’re in your element and full of confidence. Girls can crack guy jokes and men can stay on top of fashion trends. Just when things are about to get boring, be ambiguous and take a step in the opposite direction.

Above all, don’t be an easy target. Play hard-to-get not because it works, but because you should be. You’re worth it.

Lesson 2: There are nine types of seducers and they all have different dominant strategies.

While always being good for a surprise is a necessary condition for all successful seductions, people tend to still choose certain strategies over others. We don’t just like finding patterns, we embody them. Greene says there are nine types of seducers:

Which one of these are you? Which one could you be? And who have you fallen for in the past? More analysis, more patterns, more fun!

Lesson 3: Try to spot anti-seductive behaviors in others and yourself and get rid of them.

First impressions aren’t always accurate, but that doesn’t mean people will give you a second chance to rectify them. And some behaviors are just wholly unattractive. Here are nine of them:

While it’s easy to spot these tendencies in others, it’s harder to see them in ourselves. If you ever do, squash them!

The Art Of Seduction Review

When I look at books like The Art Of Seduction now, I don’t see a manual for manipulating people, written by an evil schemer. I see an interesting study of human behavior, a wealth of information that’s only as good or bad as the person who wields it. In this case, it’s a plethora of archetypes, patterns you can recognize in yourself, other people, and everyday life. If you use them, use them well and for good causes, there is nothing wrong with The Art Of Seduction.

Who would I recommend The Art Of Seduction summary to?

The 16 year old, infatuated teenager, who’s sick of being bossed around at school, the 54 year old door-to-door salesman, and anyone who usually doesn’t get what they want.

Rate this book!
This book has an average rating of 4.4 based on 44 votes.