1-Sentence-Summary: Launch is an early internet entrepreneurs step-by-step blueprint to creating products people want, launching them from the comfort of your home and building the life you’ve always wanted, thanks to the power of psychology, email, and of course the internet. 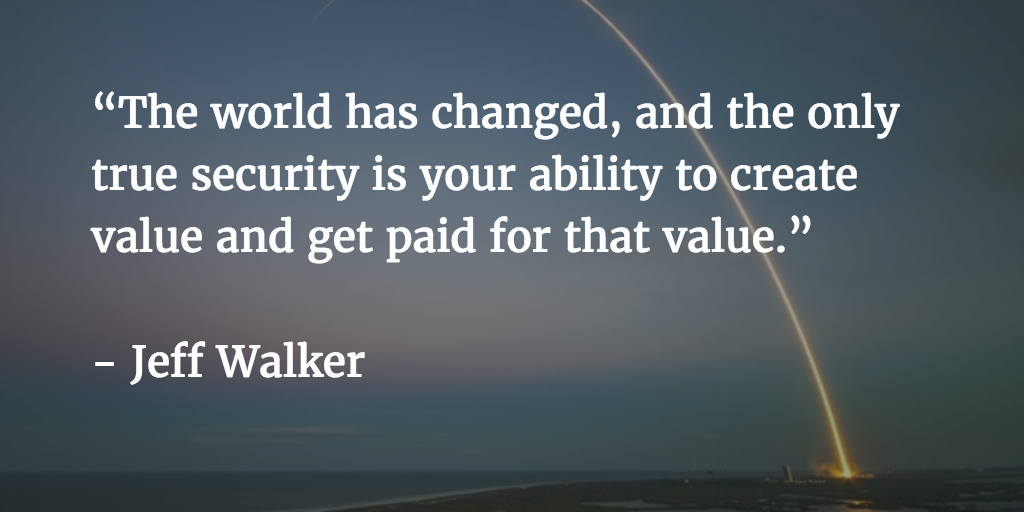 Say what you will, some people have impeccable timing. Like Jeff Walker, when he discovered that you could sell stuff via email in 1996. Being one of the early internet marketing pioneers, he’s had quite some time to build and perfect the way he markets products online over the past 20 years.

When he realized that even at professional conferences, no one knew what he was talking about, he took on the responsibility of teaching others how to launch as well. He has a course called Product Launch Formula, and Launch shares much of that in book-form, plus gives a lot of context on his biography and how many of the most successful launches he did came to be.

If you don’t know what a launch is, who you’re supposed to launch to, and what to do to get started, I’ve got you covered.

Ready to start an online business? Let’s get to work!

I’ve heard this line a million times. But when you’re not active in the internet marketing space, you won’t know what it means. And even though it sounds so cheesy, it’s true. Imagine me saying it in a hushed voice, while I’m wearing a trench coat and a fedora, almost whispering it:

Well, what the hell does that mean?!

The list Jeff and I are talking about is an email list. Even though the social media buzz killed a lot of email’s popularity, it is still considered the medium with the highest engagement by most marketers.

Many more people interact with emails than do with posts on social media, and can you remember the last time you changed your email? You’d probably change your phone number first.

What’s more, with an email address, you own people’s contact information. That is not the case on ANY other platform. Instagram, Twitter, Facebook, they can all shut down your account tomorrow and you’re left with nothing. But you can always reach out to people whose email you have.

It’s hard to grasp how powerful a list is, but can you think of an event hall in your town that seats 1,000 people? Think of it as filled to the brim. Now imagine you could send an email to all of these people at the same time, telling them about your latest product.

To get started, all you need is a simple squeeze page, where people only have two options: Sign up for your list in exchange for a gift, or leave. Like this one for the Four Minute Books newsletter.

Lesson 2: Use a pre-launch to build up excitement before your actual launch.

Remember how you could NOT wait for the latest Star Wars movie to be released, because the world kept teasing you with posters, trailers, gimmicks, talk show appearances and behind the scenes clips? That’s the power of Hollywood marketing, and there’s no reason you can’t do the same.

Jeff suggests giving your list three great pieces of content the week before you launched, spaced 2-3 days apart each. He calls this a pre-launch, and it serves the purpose of building buzz and anticipation around your product.

Video is a great medium for this, as it’s always perceived to be high quality – you can see Jeff’s latest pre-launch video in action here. If done right, people will already eagerly wait for your actual launch to start by the time you make your product available and hopefully, just like a movie theatre on Star Wars release day, they’ll beat down the front door.

Lesson 3: Use seed launches to sell ideas before building them.

But what if you have no idea and no list? Here’s a good way to start. Jeff calls it the seed launch.

Notice how “build the product” isn’t part of the process. That’s because in a seed launch, you only build the idea once enough people have confirmed that they want it by paying for it.

That way you can make sure your idea doesn’t fall flat on its face, you already make a bit of money, and can then later launch an incredibly refined product to a much bigger audience. It’s a win on every level.

If you’ve ever pre-ordered a copy of an online course or even a book, then that was probably what went down behind the scenes.

The actual book and the summary on Blinkist are both good, but for entirely different reasons. I read and liked Launch because of its personal touch. I really wanted to learn more about Jeff and his story and was fascinated by the history of his internet career.

That said, if you only want the technical details, I’d go with just the summary. It is more than enough to get the nuts and bolts of Jeff’s launch formula, and while the book does provide some more details, it often also leaves you hanging, trying hard to sell you on his course for bonus materials.

Jeff is a fascinating man and a good, humble guy, so if you’re into biographies like me, get the book. If you just want to start an online business as quickly as possible, read the summary on Blinkist.

Who would I recommend the Launch summary to?

The 14 year old who can get a head start on all of us by learning these things right now, the 51 year old business consultant with a great offline network, who could benefit massively from a seed launch, and anyone who doesn’t have an email list.